A Magic Pot (魔法の壺 / 魔法のツボ Mahou no Tsubo), also known as Potion (ポーション) and Vase, is a recurring item in the Golden Axe series that fills the Magic Gauge and allows the player's character to use powerful magic. They are blue pots that in most games are obtained from blue Thieves, but they can also be obtained from defeated Magicians and rescued Villagers. Usually the magic used by the character deals high damage to all enemies present on the screen, except for Little Trix's recovery magic.

In the first Golden Axe, a magic will use all Magic Pots the character has, including those not necessary. For example, if Ax Battler has 3 pots, he can only use his Level 1 magic, which requires 2 pots, but using it will also take the third pot. In later games extra pots are kept so they can be used on additional magic.

In Golden Axe: The Revenge of Death Adder, the player can stock a high amount of pots, only using the amount needed for the character's magic. Death Adder's shield can block magic by absorbing the Magic Pots used to activate the spell.

Magic Pots are absent in Golden Axe II, but the game contains Magic Books (魔法の書 Mahou no Sho) that have the same function.

In Golden Axe: The Duel, a full Magic Gauge (5 pots) allows the character to "Power Up". When the Power Up is activated, the gauge will quickly drain and the character will become stronger while it lasts. During Power Up the character can also use a powerful Hyper Magic.

In Ax Battler: A Legend of Golden Axe, besides being consumed to use magic, Vases are also used as currency.

In Golden Axe: Beast Rider these mana potions increase Tyris' total mana pool. She can only carry six at any given time and they allow her to cast her two spells. The amount of potions consumed by the spell depends on the level that has been cast, they can be found in pots, or can be dropped by Gnomes.

Characters that use Magic PotsEdit 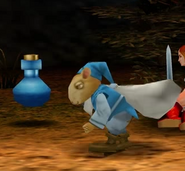 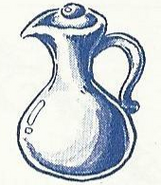 Sega Superstars Tennis
Add a photo to this gallery
Retrieved from "https://goldenaxe.fandom.com/wiki/Magic_Pot?oldid=4996"
Community content is available under CC-BY-SA unless otherwise noted.